Contrast affects how the human eye sees color, but contrast is one of the most misunderstood aspects among digital billboard manufacturers. Different measurement approaches combined with a variety of testing variables make it possible to promote almost any contrast ratio.

The white dot below illustrates how contrast affects how our eyes perceive color. This dot is the same color and intensity of white in all three images, but as the contrast increases, meaning deeper, richer blacks, the dot appears brighter and also crisper. 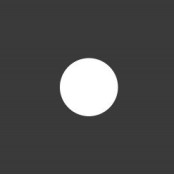 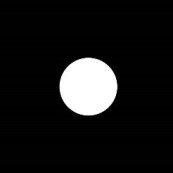 How Contrast Is Measured

The formula to determine a display’s contrast is simply:

The formula may be simple, but the process for how on and off states are measures is not as straightforward. There is no industry standard for how contrast ratios are measured, as a result, the measurement processes between manufacturers varies tremendously. This produces wild specifications that are difficult to interpret. As a consumer, it is important to ask manufacturers how they establish their contrast ratio specifications.

It is important to note that no single measurement of contrast can accurately depict the contrast of a digital billboard. Most contrast ratio measurements are done in a testing condition consisting of a darkroom with all lighting and reflective surfaces covered.

The Environment And What It Does To Contrast

going to perform. Environmental variables such as the sun, sky conditions and time of day coupled with all the possible viewing angles have the potential to add a reflective property to your display. LEDs, uncoated louvers and gels used to seal your display can all contribute to this reflectiveness.

Digital billboard manufacturers can reduce these negative effects of the environment by designing precisely placed horizontal and vertical louvers, as well as using a contrast-enhancing coating. Each LED has a potential to reflect unwanted light. Using a smaller diameter LED further reduces any unwanted reflectivity.

Daktronics takes the most comprehensive approach to contrast. Our OOH Industry specific approach to louvers and industry exclusive non-reflective coating are just part of our solution. These are just a few of the steps we have taken to allow us to deliver a product with the highest contrast available in the industry.

For a digital billboard owner, high contrast plays a significant role in accurately representing your customers’ messages and brand throughout all hours of the day.

Learn more about our products by visiting our website: daktronics.com/billboards