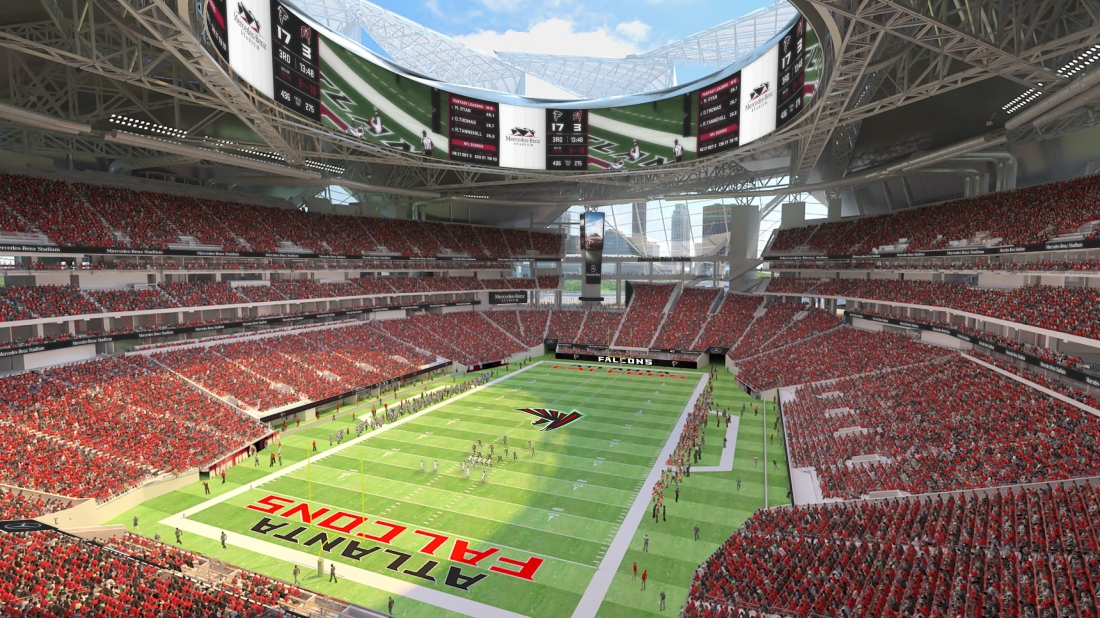 As part of Matt Ryan’s recent visit to Mercedes Benz Stadium, the Atlanta Falcons posted a new video in their “Mic’d Up” series to give an inside look at quarterback’s candid reaction to the new stadium. Watch the full video below:

The new stadium will have the largest LED video display in all of sports, a never-been-done-before, 360-degree halo display installed above the field as part of the stadium’s unique retractable roof structure.

The stadium also has a large, first-of-its-kind mega column LED display which stretches 101 feet from the first concourse level to the roof.

Fans can look forward to seeing the new stadium for the first time in late August when preseason begins.

Get the latest articles on sports trends, new Daktronics projects and insider looks at our manufacturing and reliability lab. Sign up here.

View all posts by Jennifer Liebschwager