Last Sunday morning, I packed up my car and hit the road for about a 3 ½ hour drive towards the city of Minneapolis, MN. My destination – the National Sports Forum 2017 at the Minneapolis Convention Center. I arrived at the hotel around 2 pm and was able to check in a little early. After getting everything unpacked in my room, I headed down to pick up my NSF packet which included a program, attendee list, and my sponsor badge. I peeked into the main ballroom to see all the hard work our demo group had been doing for the past day and a half. We had 2 – 4mm LED display columns on both sides of the “Daktronics Stage” and a 6mm podium display. We also had a scoreboard/timer in the back of the room facing the stage which would be used for each session’s moderator to know how much time they had left before they had to wrap it up. 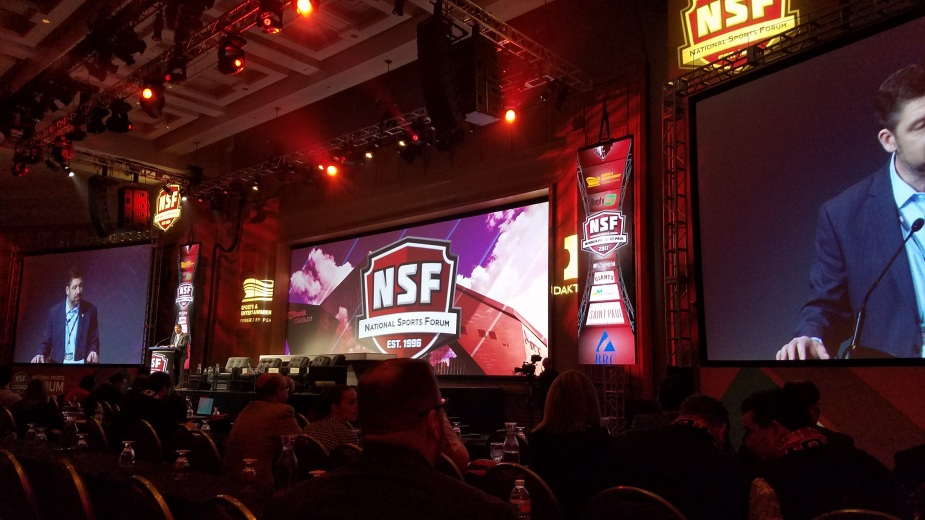 Being a Minnesota Vikings fan, I was very excited for the opening reception Sunday evening/night at U.S. Bank Stadium. The buses loaded up around 5:30 pm and they took us to the front doors of the stadium. Off in the distance, I saw our outside displays 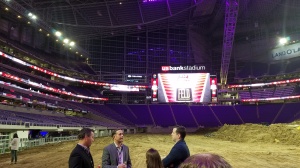 showing the specialized NSF welcome content from our creative services group. The stadium staff greeted us and led a tour of the stadium complete with food and beverages. It had been quite a while since I’d been to U.S. Bank Stadium, and even on a repeat visit, the sheer size of the facility made a massive impact right when I walked in. 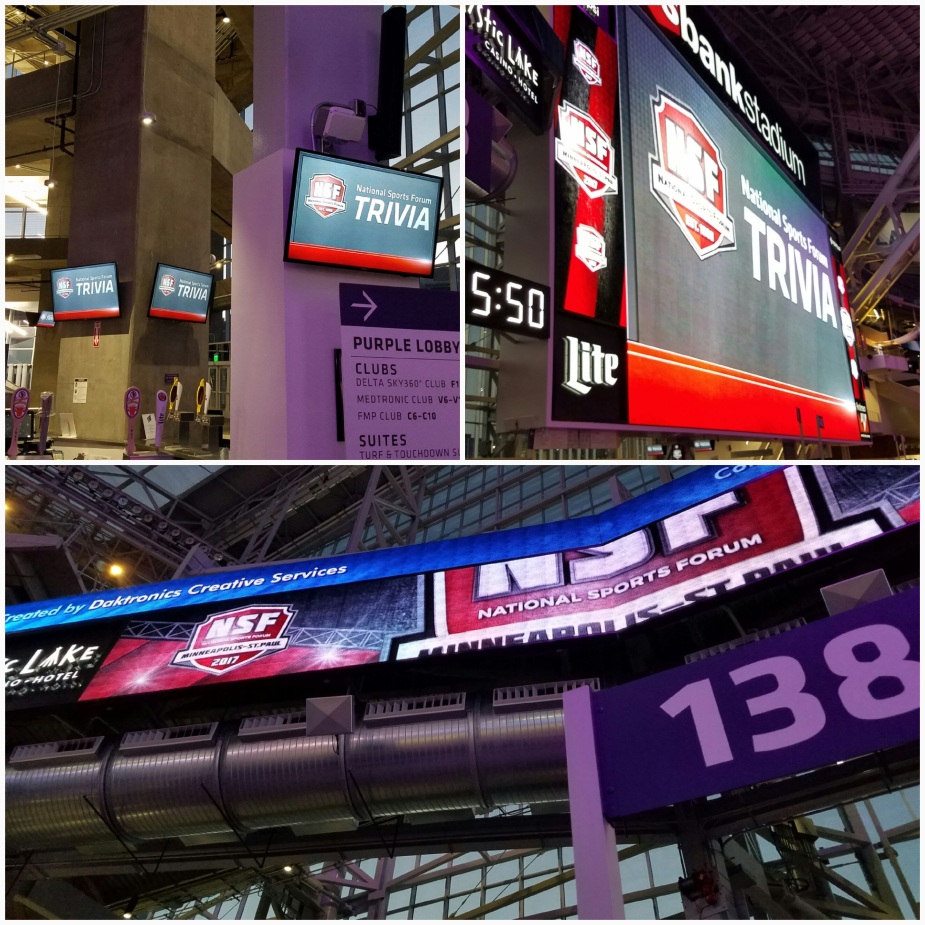 The following day was the busiest day for me at the forum. I helped moderate our breakout session “Generating Revenue Outside the White Lines”, which consisted of meeting up with our panel members at 10 am that morning to go through the final details on how the session would go. Our panel consisted of: Ted Johnson, Chief Strategy Officer for the Minnesota Timberwolves/Lynx, Tom Whaley the Executive Vice President for the St. Paul Saints, and our own Vice President of Live Events and Spectaculars, Jay Parker. We had a turn out around 35-40 people and our crowd was not short on questions.

We had some people come by our booth at lunch time and during breakout sessions to check out our VR goggles where we were showing a rendered version of what Mercedes-Benz Stadium is going to look like when it’s completed. Then later that 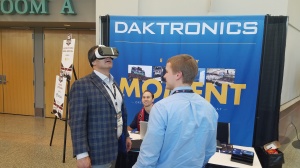 afternoon at 3:30 pm Jay Parker was on another panel, this time it was a Super Panel – “What’s Next?” to cover the latest trends in the sporting industry. The discussion centered around stadium/arena concourse areas, and a large discussion on E-Sports. I learned about the surprisingly huge following for E-Sports, with many people attending either live gaming events or watching other people play video games online via streaming services like Twitch. That evening was dedicated to the tradeshow hall and getting people in there to see the various companies who were exhibiting.

On the final day at the forum, I spent the morning in the main ballroom watching the ADchievement© Awards, and I got to see Daktronics make it as a finalist for the Iowa State gymnastics intro video from our creative services team.

In the afternoon, I went to social media breakout sessions. One of the sessions was based on 24-hour content (Snapchat and Instagram Stories) and defini

tely inspired me to try posting some first-person experience content from our corporate office in Brookings, SD, on our Daktronics Instagram account.  So if you follow us on Instagram, you can check out what’s going on in our corporate office as well as events we’re attending around the country – stay tuned!

As with every NSF, it wraps up on the final night with the Budweiser Gala – this year it was held at Target Field, home of the Minnesota Twins. Once again, our creative services department created content that was shown on all the LCD and LED displays at the stadium. The content consisted of sponsor messages, NSF trivia and fun facts about Target Field. It was a great night where that honors anniversaries of those who have been to NSF, gifts are giving to those who have been there 5 years, 10 years, and even 15 years. Then the night concluded with an interview of the COO of Major League Baseball, Tony Petitti. 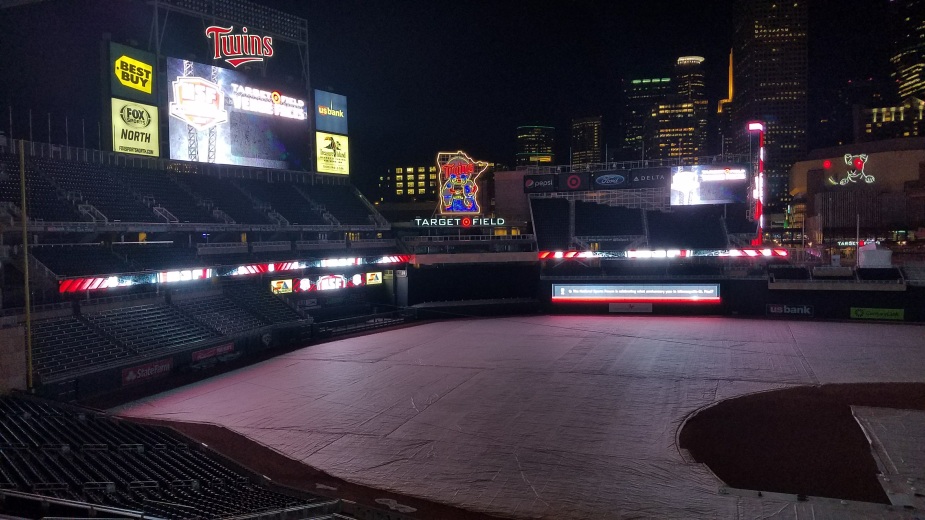 This article is by Matt Anderson
in College Sports Marketing.
Connect via LinkedIn