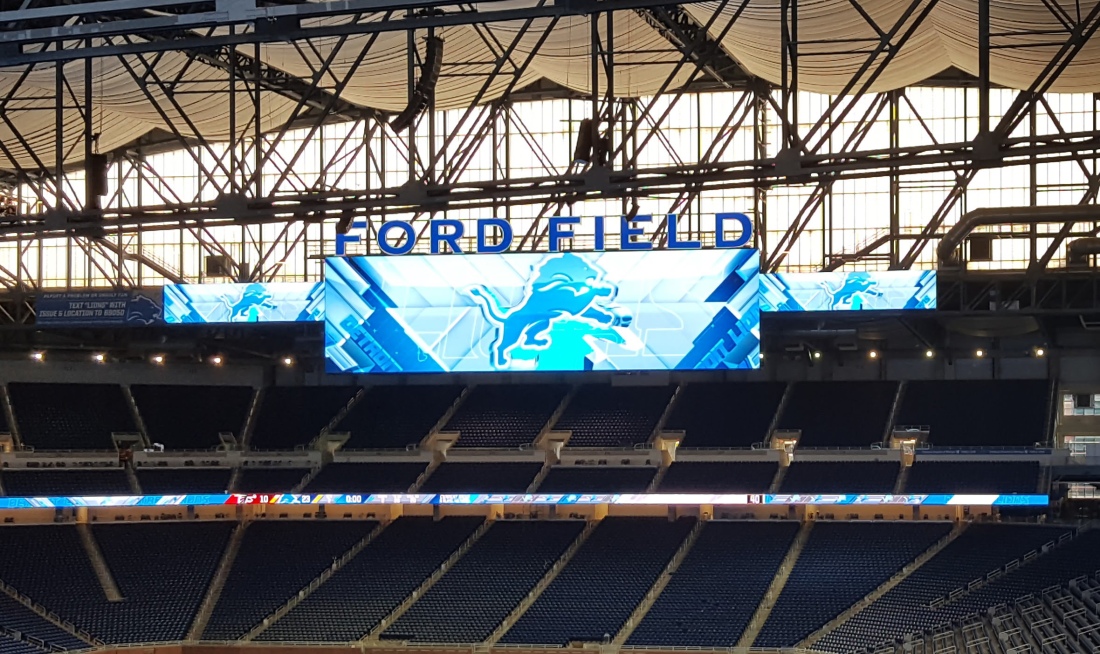 The Detroit Lions are currently making some changes to Ford Field and recently invited the media to tour the venue. Team President Rod Wood led the tour showing new LED displays inside Gate A, upgraded clubs and dining areas, and ended in a suite on the 50-yard line as the new end zone, super column and ribbon displays were turned on for an audience for the first time. 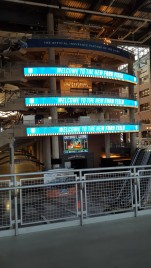 Daktronics Sales Representative Daryl Mihal and I followed along with the tour to provide details of the LED displays for media members. Daryl was available for follow up interviews after the tour with fact sheets listing all the new displays along with interesting facts relating to the Detroit area to make them easier for people to relate.

When the displays were turned on, there were a few “oohs” and “aahs” from the media as the bright lights showed a Detroit Lions logo animation created by our Daktronics Creative Services team. First, the main displays showed content the size of the previous displays before expanding to the full screen size of roughly three times larger than the previous technology. Then the flanking “box truss” displays lit up along with the ribbon displays circling the seating areas. At the same time, the super column displays turned on.

Two super columns located in two corners of the venue are curved and wrap the full 360 degrees around support columns to provide a digital canvas where there once was only fixed signage. These are unique to Ford Field and will provide an identifying landmark whenever seen on television broadcasts.

Highlights from Lions games and the logo animation continued to play on the displays as Rod Wood answered questions with the end zone displays in the background. Shortly after, Daryl took an interview with the Lions website reporter in the neighboring suite to share further information about Daktronics involvement with the project. 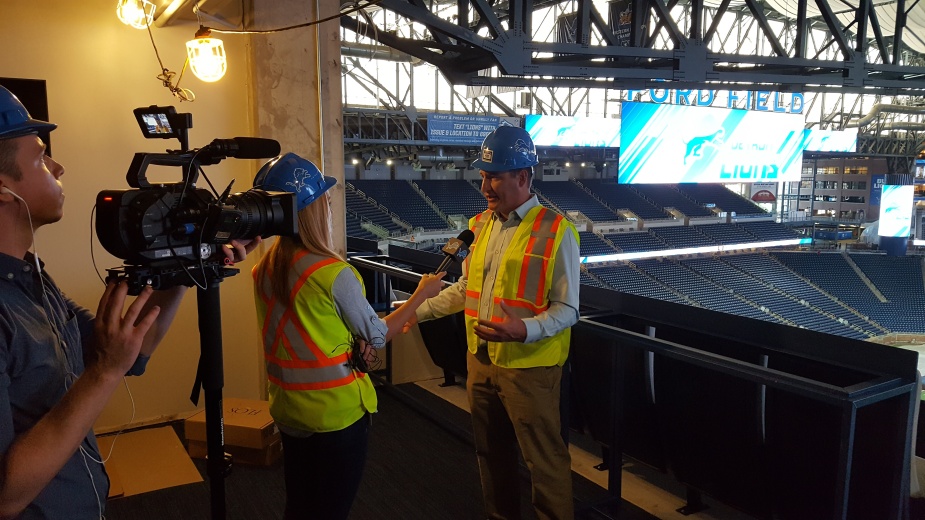 The overall attention of the renovations focused on providing a better fan experience at Lions games and other special events. The video displays are a large piece of the puzzle as they garner a large amount of attention during events. Whether it’s a slow-motion replay during an intense moment of the game or interactive content that engages fans during breaks in the action, video displays are always visible and a part of today’s game. And that’s not lost on the Lions as they prepare for the 2017 season to begin. 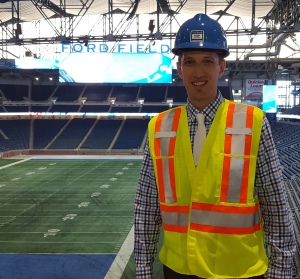 This article is by Justin Ochsner
in Live Events Marketing.
Connect on LinkedIn or Twitter @jochsner4