Buzzer beaters. Circus shots. Game-clinching free throws. All of that and more are returning to Sioux Falls, South Dakota, for the 2018 Summit League Basketball Championships. Men’s and women’s teams will compete for the right to be called league champions, but also to punch their ticket to the big dance, the NCAA Tournament.

Through all the madness, Daktronics has played a large part in creating an amazing environment for these basketball games. In fact, it’s been 10 years since the company first raised digital products in Sioux Falls Arena.

“In the early years of the tournament, we literally hung digital billboards in the arena,” said Matt Warnke, Daktronics sales representative. “We modified them so that they could show live video of the event and act as the modern video displays currently used at venues across the country and around the world.”

Thankfully, the technology has evolved and what took two days to set up in the past is now trimmed down to half a day setup time with fixed displays in the Denny Sanford PREMIER Center. Here’s a clip of what the setup looked like back in 2010:

As the tournament has grown and changed venues, Daktronics displays and professional services have continued to support the event year after year.

“We have a great relationship with everyone involved and really enjoy working with them year after year,” added Warnke. “The Sioux Falls Sports Authority, The Summit League, Denny Sanford PREMIER Center, Sioux Falls Arena, SMG and the entire Sioux Falls Community – we’re honored to have helped them all in the past and to continue to be a part of this exciting event every year.” 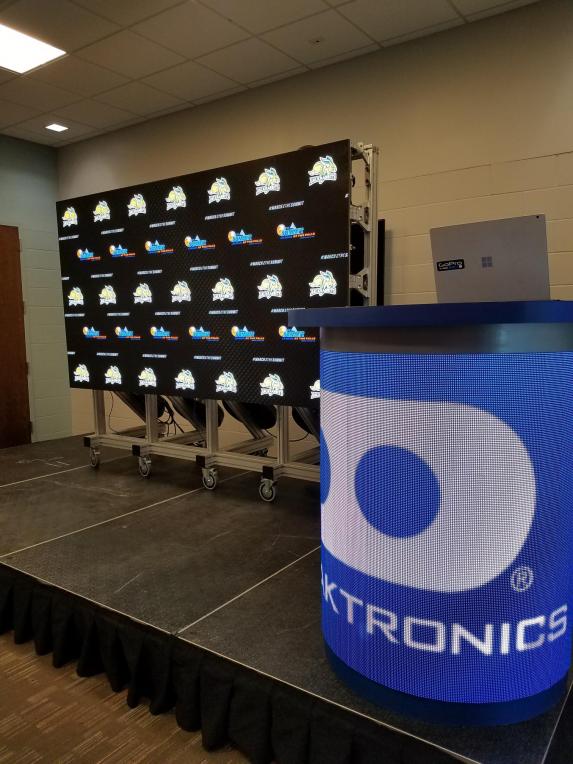 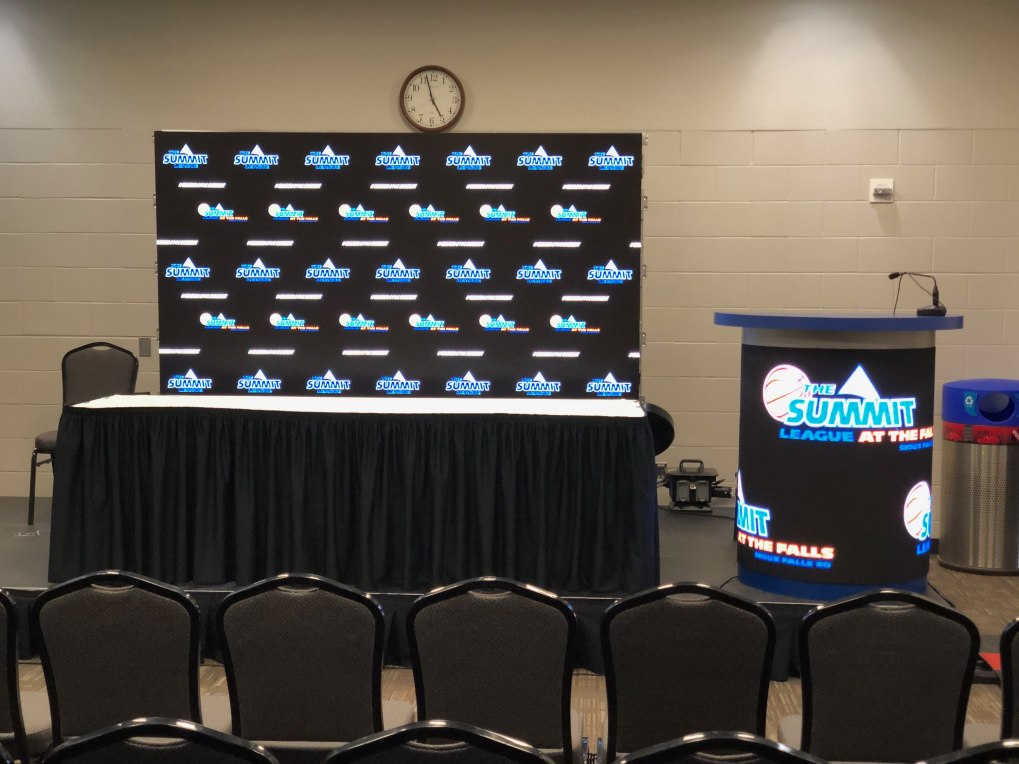 Our Creative Services team will be providing logo treatments and other digital content for displays throughout the venue and our professional services team will be providing event production and support for every game. The Summit Lounge will also feature a large 4-millimeter display will show live feeds of the games as well as other tournament games currently taking place.

For more on the equipment Daktronics has installed at the PREMIER Center, see this press release.