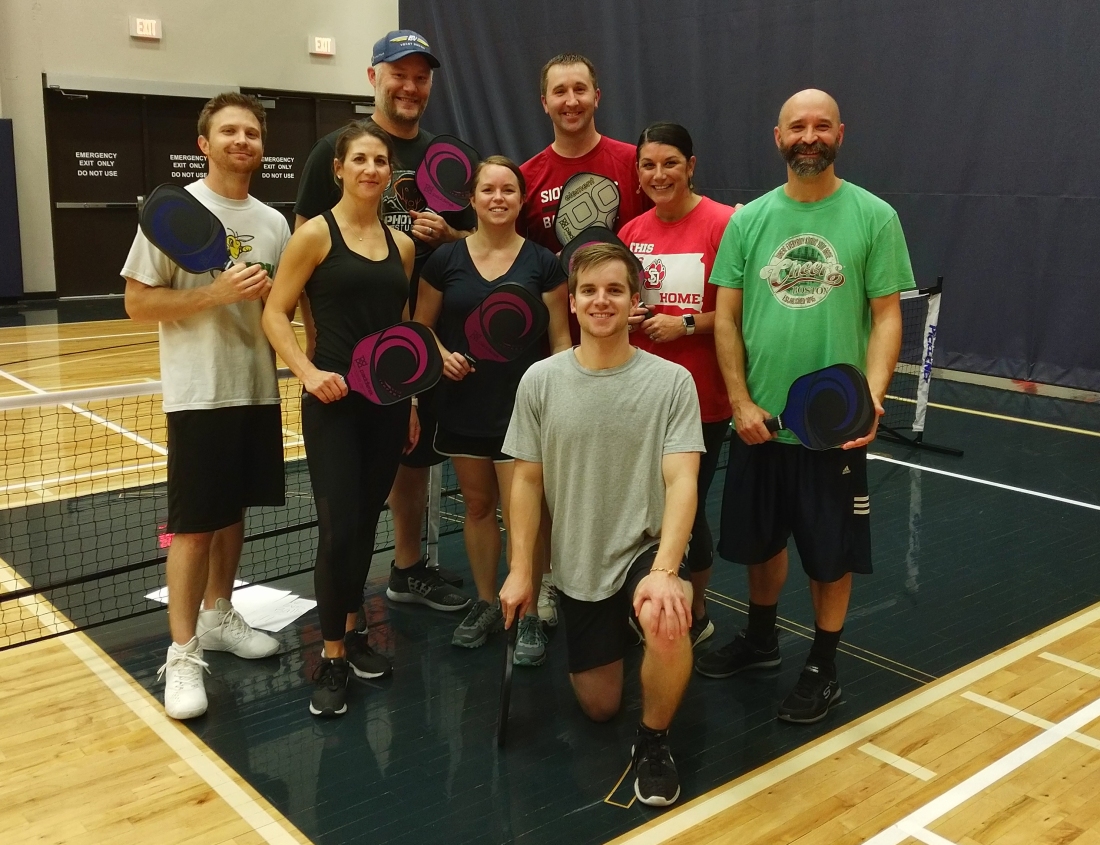 What do you get when you mix tennis, badminton, and ping pong? The fastest growing sport in the United States—pickleball. There are more than 3.1 million pickleball players in the U.S., including one of Daktronics’ own, Brett Hansen (Account Manager, Creative Service, SD Sioux Falls).

Hansen was first introduced to Pickleball when he took it as a class in college. After years of his pickleball paddles lying dormant, Hansen recently decided to give it another try. He attended a pickleball event through his church, and although he was not expecting a new hobby to come out of it, he was hooked right away. Hansen was then encouraged to join a club he did not even know existed, Sioux Falls (South Dakota) Area Pickleball.

Hansen gladly joined the club and used his Daktronics Corporate Sponsorship to help with membership fees and costs the club endures. He has also used his creative talents that he demonstrates at Daktronics to recently help re-brand the club. He has helped develop the website, logo, and social media accounts.

In 2011, the Sioux Falls Pickleball Club began with just four members getting together to play for fun. These friends played on a temporary court, with tied down nets and chalked lines.

Today, there are more than 300 members, a testament that pickleball truly is the fastest growing sport. Members currently play on the permanent courts installed at Riverdale Park and at various indoor facilities when it gets too cold to play outside. The Sioux Falls Pickleball Club now has a board of directors, tournaments, social gatherings, community events, free clinics, and more.

A fun and unique opportunity that they offer is to host companies for team-building events. Daktronics’ creative services group in Sioux Falls attended a pickleball 101 event. They learned the rules then were able to play against each other for team bonding!

The games are not strictly structured and are open to anyone. The club has playing levels for all degrees of experience.

“You can be competitive if you want to get those juices flowing because there is high quality competition,” said Hansen. “It is also for beginners who want to meet new people and just have a good time.”

He explained on weekday mornings there is typically a crowd of retirees. While on weekends or any time after 5:00 p.m., you will find a younger crowd. “Anytime the weather is nice, and it is light outside, you will see people playing,” said Hansen. He also pointed out, while pickleball can be thought of as a sport for retirement communities, Hansen confidently stated pickleball is for all ages.

It is easy to see why pickleball is the fastest growing sport in the United States. It can be played indoors or outdoors, by learning beginners or by competitive experienced players. The game has developed a passionate following because of its friendly, social nature and multi-generational appeal.

Daktronics encourages employees to get involved in their communities. The Corporate Sponsorship Program is available to employees who actively participate in community activities and fundraising awareness events.

This article is by Jacqueline Wolles
in Employee Communications.

View all posts by Daktronics Life